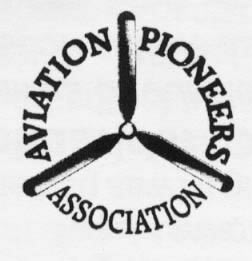 The APA was formed over 25 years ago, and its members were persons who had been involved in the time of aviation. "Nonsked" or non-scheduled airlines began after World War II when the military started selling its surplus planes to private buyers. The planes were sold for generally low prices and the entrepreneurs took advantage by creating small independent airlines for cargo and passenger transport.

They competed against the five or six regular airlines that existed at the time, and the Civil Aeronautics Authority, the predecessor to the FAA, dictated how they could fly. "They couldn't have any regularly scheduled routes," said Steve Bobinsky ERAU Prescott's Senior Director of Development, "and so they improvised and were able to eke out a living..." This lack of scheduling was the reason these small airlines were dubbed "nonsked." After about 15 years of operation, the CAA essentially regulated these small airlines out of business.

After having been cast into other careers, the members of the APA retained their love of aviation, and so began the APA to celebrate their efforts in aviation history and organize reunions for those involved. Hal Cope, one of the APA's members who had visited the ERAU Prescott campus to speak before, informed the school that the APA had the archive, which is now the display in the library. It had been at Burbank Airport. Hal Cope wanted to find it a new permanent home. With the display came a monetary endowment, which was used to create the Nonsked History Project at ERAU Prescott.

This project is attempting to interview and thereby chronicle the experiences of the APA members, using both audio and video interviewing techniques to record this section of aviation history. "The group averaged about 85 years old," said Bobinsky, "and so we are trying to work fast." The group held reunions until about two years ago when so many of the APA members were either deceased or infirm that the reunions would be very small. "The intent is to add to the archive that we have in the library," said Bobinsky, and this project aims to collect as much information about the Nonsked airlines from the aviators and their children as possible before time runs out.