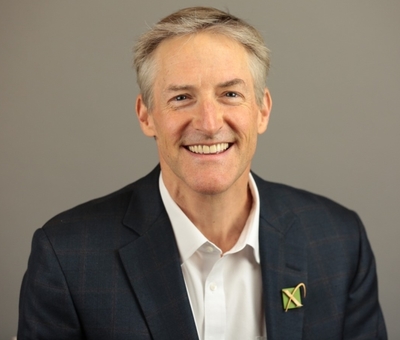 Erik Lindbergh's purpose in life is to Escape From GravityTM through Aerospace, Art and Adventure.

Erik Lindbergh is the Co-Founder and Executive Chairman of VerdeGo Aero which provides Powertrain Systems and Engineering Services to the emerging electric aircraft industry. Erik serves as Chairman of the Board of the Charles and Anne Morrow Lindbergh Foundation, and on the board of trustees of the XPRIZE Foundation. Erik and his wife Lyn Co-Host The Lindberghs podcast focusing on second chances in life. Never sitting still for long, Erik can also be found climbing and skiing big snowy mountains in the wilds of Canada, exploring trails on a mountain bike or carving unique furniture and sculptures inspired by nature.

In 1996, he helped launch the XPRIZE Foundation under the arch in St. Louis. In 2002 Erik retraced his grandfather’s epic 1927 New York to Paris solo flight - raising over a million dollars and 500 million media impressions (prior to social media) for the XPRIZE. For more information: https://www.xprize.org/about/people/board This 9-year “overnight success” story helped to jump-start todays thriving private spaceflight industry and Erik’s role in this effort is detailed in the NY times bestselling book: How to Make a Space Ship by Julian Guthrie. FMI: https://www.amazon.com/How-Make-Spaceship-Renegades-Spaceflight/dp/1594206724

In 2011 Erik awarded the Lindbergh Prize for Quietest Aircraft at the NASA Green Flight Challenge and inspired by the potential for aviation, created Powering Imagination to help accelerate the development of the electric aircraft industry and inspire the next generation of innovators. After nearly a decade working on this industry Erik and his partners started a new company called VerdeGo Aero to build electric propulsion systems for the emerging electric aircraft industry. The advent of distributed electric propulsion will transform the way people move around the planet. FMI: www.VerdeGoAero.com

Under Erik’s leadership, The Charles and Anne Morrow Lindbergh Foundation is preparing to celebrate the 100th anniversary of his Grandfather’s flight in the Spirit of St. Louis in May of 2027. The mission of promoting balance between advancing technology and preservation of the environment focuses on programs to leverage innovators working toward clean, quiet flight and inspiring the next generation who will live into that future. FMI: www.Lindbergh.aero

Erik’s personal story is one of triumph over adversity. He won the Washington state gymnastics championship at age 11 and excelled in water-skiing, and alpine and telemark ski racing during his teens. After climbing and skiing Mount Rainier at age 21, he was diagnosed with rheumatoid arthritis and by age 30 was completely disabled. Total knee replacements and a breakthrough biotechnology drug gave him a second chance at living a physically active life. Today, he is an expert mountain biker and backcountry skier and has been creating unique furniture and sculpture designs for over 25 years. FMI: www.ErikLindbergh.com

Committed to a life of service to future generations, Erik is a passionate public speaker and together with his Wife Lyn created and co-hosts TheLindberghs podcast which celebrates people moving through challenges with a theme of second chances. FMI: www.TheLindberghs.com

Erik also serves on the board of directors of VeriJet www.verijet.com