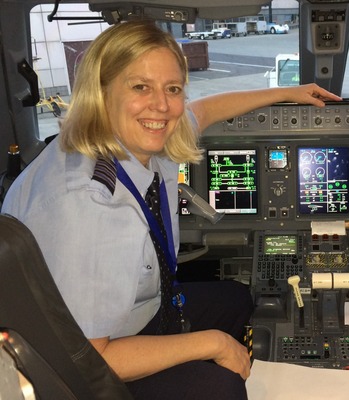 Bonny Simi is the Head of Air Operations and People at Joby Aviation, a leading aviation company that is developing an all-electric, vertical take-off and landing aircraft that it intends to operate as a commercial passenger aircraft beginning in 2024. Ms. Simi leads the development of the operating service, including Flight Operations, Maintenance, Training, Safety, Air Carrier Certification and Sustainability. Given her background in airline operations and human resources, she also oversees the People function. Ms. Simi was previously the President of JetBlue Technology Ventures, the Silicon Valley venture capital subsidiary for JetBlue Airway’s investment and incubation of emerging startups at the intersection of technology and travel.

Ms. Simi is also an airline pilot, engineer, Olympic athlete, TV Commentator and has 30 years in the aviation industry. She has flown aircraft from Boeing, Airbus and Embraer at both United Airlines and JetBlue Airways. She has served in operational and strategic roles within Flight Operations, System Operations, People, Airports, Customer Support and prior to leading the venture arm of JetBlue, she was the head of Talent for the airline.

Ms. Simi is also a 3 time Olympian and 10 time National Champion in the sports of luge and bobsled. She also has Masters Degrees from the Stanford Graduate School of Business and Stanford School of Engineering.