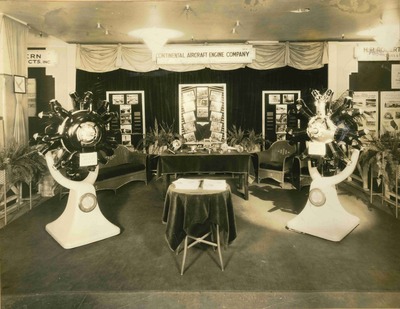 Continental’s first appearance at the New York Aircraft Show caused a sensation. We were swamped with pilots and manufacturers – all eager to know about our plans in the industry. We spent a very busy and interesting week in New York where I met Chamberlain, the transatlantic flyer. Waco Aircraft and Stinson both showed great interest and later we received considerable business especially from Waco.