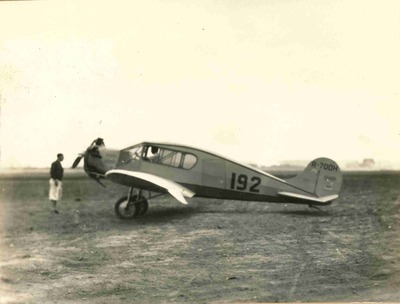 Even Air Races must come to an end and such was the case at Cleveland. We did however see two ships on the line which were worthy of comment. The first was the ill-fated Alexander Bullet, a Kinner powered low-wing cabin monoplane which ultimately proved itself very unstable and after several people had been killed in them, they were discontinued.