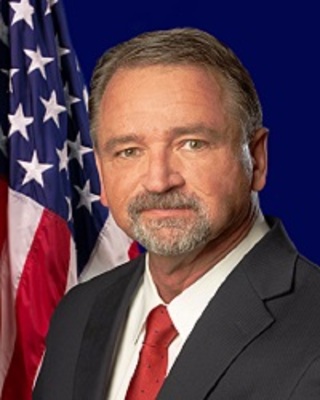 In September 2015, Marke Gibson joined the Federal Aviation Administration (FAA) as the Senior Advisor, Unmanned Aircraft Systems (UAS) Integration. He provides executive direction and high level leadership to the FAA with responsibility for oversight of the work related to UAS. In addition, he is responsible for developing and delivering business and strategic plans for enterprise-level UAS initiatives, analyzing integration progress, engaging in scientific and research activities, and maintaining liaison with internal and external stakeholders.

Prior to joining the FAA, Mr. Gibson served as the Executive Director of the NextGen Institute (NGI). The primary role of NGI is to provide a mechanism through which the private sector actively engages with the USG in defining, developing, and implementing NextGen. In that position, he promoted the NextGen Institute throughout the industry, created awareness and gained new support for NextGen initiatives. During his tenure at NGI, he led two UAS Spectrum working groups, an FAA Global Leadership Roundtable, and commenced work on an ADS-B initiative on behalf of the Deputy Administrator.

Mr. Gibson also served as the President and CEO of a highly successful aerospace consulting practice in Colorado. He retired in 2011 as the Air Force’s Director of Current Operations and Training. In that role, he led the standup of a new cyber career field and its integration into Air Force operations. He also worked on behalf of the Secretary and Chief of Staff of the Air Force ways to better integrate Unmanned Aircraft Systems into our national airspace. This involved continuous engagement within the interagency (FAA and Homeland Defense) and numerous congressional delegations. As the Director of Training, he was also responsible for the standup of a separate career field and unique training path for those who fly Air Force Remote Piloted Aircraft today.

Mr. Gibson was at Cheyenne Mountain on 9/11 and worked as the Director of North American Aerospace Defense Command Operations to establish many of our Nation’s integrated defense measures that are still in effect today. He has extensive operational leadership experience as an Air Force pilot and Commander. His expertise includes aerospace operations (both military and civil), UAS operations, cyber operations, command and control (C2), and homeland defense.