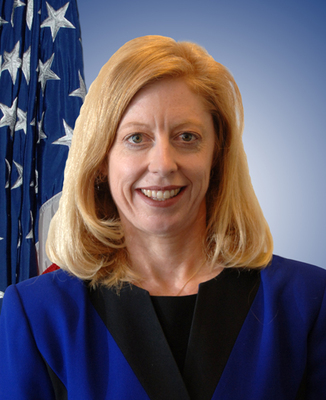 Dorenda Baker serves as the Federal Aviation Administration’s (FAA) Director of the Aircraft Certification Service (AIR), where she is responsible for type certification, production approval, airworthiness certification, and continued airworthiness of the United States (U.S.) civil aircraft fleet—including commercial and general aviation activities. Ms. Baker also oversees a professional workforce of more than 1,300 employees working at the FAA headquarters in Washington, DC, in more than 35 field offices throughout the U.S. and two international offices in Belgium and Singapore.

Prior to her appointment as Director in 2009, Ms. Baker was the AIR Deputy Director and was detailed to the Associate Administrator for Aviation Safety, where she led the Comprehensive and Proactive Safety Management Approach Integrated Product Team for the interagency Joint Planning and Development Office for the Next Generation Air Transportation System. She also previously served as the Assistant Manager and then Manager of the Small Airplane Directorate, where she had national policy and regulatory responsibilities for normal, utility, acrobatic, and commuter category airplanes. In her role as Directorate Manager, she oversaw engineering and manufacturing activities within the boundaries of the Directorate, which covers a 21-state area.