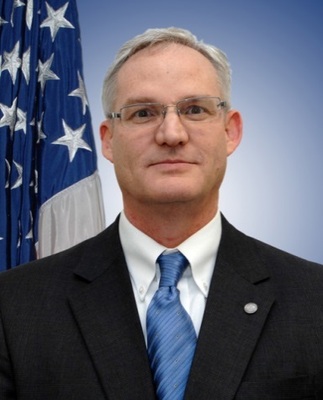 Earl Lawrence is the Director of the Unmanned Aircraft Systems (UAS) Integration Office. The UAS Integration office is responsible for the facilitation of all regulations, policies, and procedures required to support FAA’s UAS integration efforts. The Office serves as a central point of contact for the international aviation community on UAS issues. Mr. Lawrence also represents the FAA on the Senior Steering Group of the UAS Executive Committee (ExCom) focusing on coordination and alignment of efforts among key federal government agencies.

Prior to joining the FAA in 2010, Lawrence was the vice president of industry and regulatory affairs for the Experimental Aircraft Association (EAA) in Oshkosh, Wisconsin. In that position, he managed EAA’s government affairs offices in Oshkosh and Washington, D.C., as well as EAA aircraft maintenance and flight operations. Prior to joining the EAA staff in March 1994, Lawrence worked for Rockwell Rocketdyne division in Canoga Park, California, first as a rocket engine mechanic and then as a manufacturing engineer on the International Space Station.

Lawrence is a graduate of Northrop University in Los Angeles. He has served as a board member of the Light Aircraft Manufacturers Association and on the ASTM International Board of Directors, and was the founding chairman of the ASTM International Committee F37 on Light Sport Aircraft. In recognition of his standards work for Light Sport Aircraft, Lawrence received the 2003 Robert J. Painter Memorial Award from the Standards Engineering Society.

A pilot since 1987, Lawrence holds a commercial multi-engine pilot certificate as well as an airframe and powerplant mechanic certificate with an Inspection Authorization. He currently owns and flies a Piper Twin Comanche.