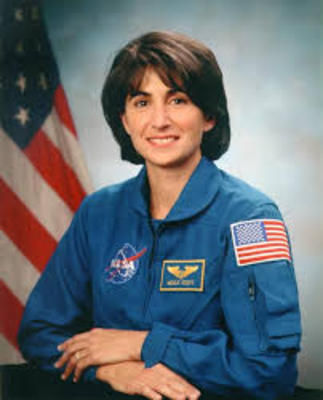 Nicole Stott received degrees from both Embry-Riddle Aeronautical University and the University of Central Florida before joining NASA as an operations engineer at KSC. During her time at Kennedy, she held a variety of positions including Shuttle Flow Director for Endeavour, Orbiter Project Engineer for Columbia, NASA Convoy Commander for space shuttle landings and Vehicle Operations Engineer. She was selected as a NASA astronaut in 2000. Between 2009 and 2011 she flew two space missions and spend over 103 days in space. She is now a great STEM advocate.