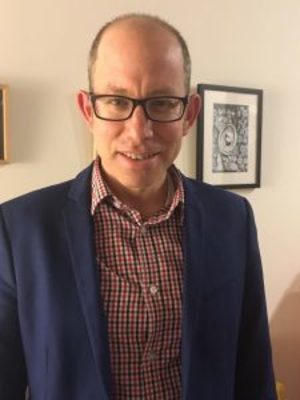 Dr. Raz Segal holds a Ph.D. in History from Clark University (the Strassler Center for Holocaust and Genocide Studies, 2013). He is Associate Professor of Holocaust and Genocide Studies and Endowed Professor in the Study of Modern Genocide at Stockton University, where he also serves as Director of the MA program in Holocaust and Genocide Studies. Focusing on central and southeast Europe, Dr. Segal is engaged in his work with the challenges of exploring the Holocaust as an integral part of late modern processes of imperial collapse, the formation and occasional de-formation of nation-states, and their devastating impact on the societies they sought --- and still seek --- to break and remake. Dr. Segal has held a Harry Frank Guggenheim Fellowship, a Fulbright Fellowship, and a Lady Davis Fellowship at the Hebrew University of Jerusalem. His publications include Genocide in the Carpathians: War, Social Breakdown, and Mass Violence, 1914-1945 (Stanford: Stanford University Press, 2016; paperback 2020), and he is guest editor of the special issue on Genocide: Mass Violence and Cultural Erasure of Zmanim: A Historical Quarterly, vol. 138 (June 2018) (Hebrew).