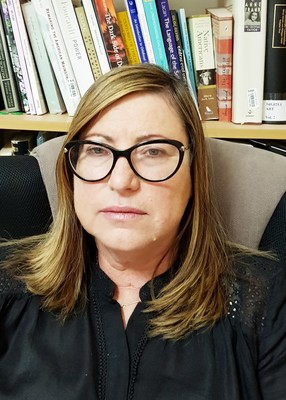 Ruth Amir is Senior Lecturer at the Departments of Political Science and Multi-Disciplinary Social Science at Yezreel Valley College, and Chairperson of the Executive Committee, at the Galilee Center for Studies in Jewish Christian Relations.

Her research focuses on genocide, particularly forcible child transfer, transitional justice, and the politics of victimhood. Among her authored books are: Twentieth Century Forcible Child Transfers: Probing the Boundaries of the Genocide Convention (2019); co-editor of Critical Insights: The Diary of a Young Girl, Anne Frank (2017); Who is Afraid of Historical Redress: The Israeli Victim-Perpetrator Dichotomy (2012); The Politics of Victimhood: Historical Redress in Israel? (2012). Ruth is currently engaged in two co-authored book projects, on populism and the decline of liberal democracy, and transitional justice in Rwanda in the aftermath of the genocide against the Tutsi.