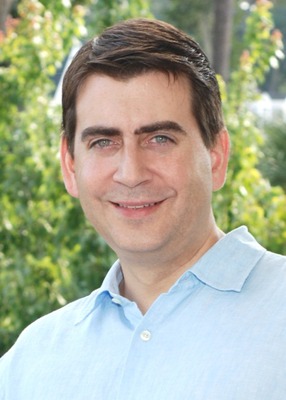 Dr. Scott Rigby is founder and president of Immersyve, Inc, a research, consulting, and software company specializing in the psychology of video games and interactive technologies.

He is also a veteran of both the ivory tower and interactive media development. After earning his Doctorate in Clinical Psychology from the University of Rochester with a research emphasis on motivation, Scott spent eight years building internet games and interactive content for Sony, Time Warner, and Viacom, as well as online games based on major feature films such as AI: Artificial Intelligence, Red Planet, and Frequency before founding Immersyve. Scott was the host of several television shows in the NY region, including Your Internet Show and Metro Channel's Plugged In with Scott Rigby. His interactive work can also be seen as part of the "Explore the Universe" exhibit at the Smithsonian Institute in Washington, D.C. In addition to publishing scholarly research, he co-­‐authored Glued to Games: How Video Games Draw Us In and Hold Us Spellbound, which has been highly reviewed as the first book to offer a practical understanding of player psychology and motivation that is directly related to value and sustained engagement.

Scott is the developer of the “Player Experience of Need Satisfaction” (PENS) framework for understanding player psychology, widely used by studios worldwide. He has served on the faculty of the Game Developers Conference for nearly a decade, was an active consultant to the New York New Media Association, and been a contributing feature author on Gamasutra. His work on measuring the player experience has been featured by Gamasutra, Wired, Electronic Gaming Monthly, ABC News, and Scientific American, among others.

Immersyve, Inc. is a consortium of expert researchers, including founders of the leading scientific theory of motivation in the world – Self-­‐Determination Theory – and interactive development professionals who have published hundreds of studies on the science of motivation and sustained engagement. Our commitment is to advance an objective and data-­‐driven understanding of motivation that can be applied to benefit customers and businesses alike, building deeper satisfaction and success simultaneously. We have worked with Fortune 50 to 500 companies, as well as startup firms, to design and optimize products that build long-­‐term relationships with customers.