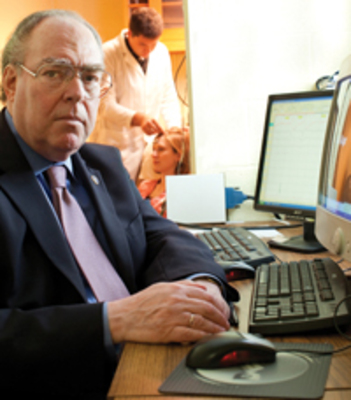 Dr. Peter Rosenfeld is a noted faculty member at Northwestern University in Evanston, Illinois. His program areas are Brain, Behavior and Cognition. His research interests include: applied cognitive psychophysiology, deception, detection of concealed memory and information, and memory suppression.

His research mainly concern perfection of physiological, cognitive and behavioral means for detection of concealed information for field forensic use: such as in crimes, including prevention of terror acts and diagnosis of malingered head injury. His research mostly relies on the P300 brain wave (event-related potential) as a sign of recognition. His research also utilizes the autobiographical version of the Implicit Association Test, and also, occasionally, fMRI imaging. Through his research, he helped develop in 2008 a novel (“Complex Trial”) protocol which has proven resistant to most countermeasures. Recently, he has also studied a newly developed countermeasure known as “voluntary memory suppression” which thus far does not defeat the Complex Trial Protocol.