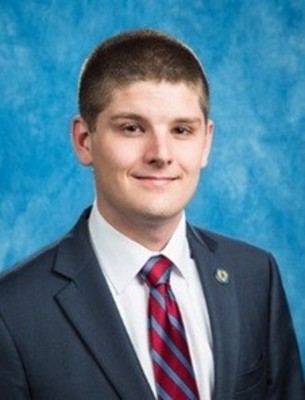 Andre Prescott was elected as the Student Government Association (SGA) President in April of 2014. As student delegate to the Board for the Daytona Beach Campus, he serves on the Investment, Facilities and Capital Planning and Student Life committees.

Mr. Prescott is an undergraduate student at the Daytona Beach currently in his senior year as an Aeronautical Science major with a minor in Applied Meteorology. He was born in New York City, New York, but has spent the majority of his life living in Barcelona, Spain.

Thanks to Embry-Riddle’s welcoming culture, Mr. Prescott has been able to excel both in and outside of the classroom. Throughout his tenure at ERAU, he has been heavily involved in student organizations such as the Airline Pilots Association Aviation Collegiate Education Club (ALPA ACE), the Flight Line Assimilation Program (FLAP), the Association of Fundraising Professionals (AFP), and the Orientation Team. He has been accepted into multiple honor societies, such as the Alpha Omicron Alpha (AOA) Aeronautical honor society, the Order of Omega Greek Leadership honor society, the Pi Kappa Alpha Sabre & Key honor society and the ERAU Honors Program. Aside from SGA, he has also held leadership roles in student organizations such as Vice President for the Pi Kappa Alpha Fraternity and President of the Interfraternity Council (IFC). Mr. Prescott is also a Student Assistant for the new Airline Operations Center in the College of Aviation.

Mr. Prescott actively participated in making an impact on student life through the Progress and Academic committees. He joined the SGA’s Executive Board as Director of External Affairs in May 2013, serving the students as a non-voting executive officer and participated in The Avion Newspaper and the Integrated Student Services Committee (ISSC). Mr. Prescott serves the students of ERAU by being a liaison between the student body and the ERAU administration and by being a voting delegate of the Board of Trustees.

On a personal level, Mr. Prescott currently resides in Daytona Beach with his wife, Stephanie Prescott, and his dog, Molly. He enjoys flying, traveling, and giving back to the community by participating in philanthropic events for multiple organizations.