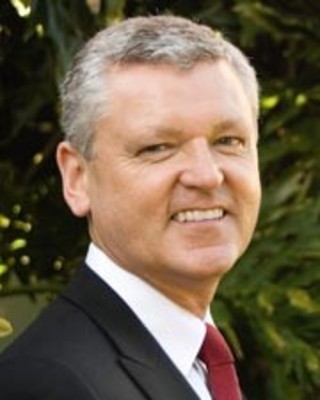 Dr. John R. Watret was named Senior Vice President and Chief Operating Officer of Embry-Riddle in January of 2015. He provides leadership for all operational aspects of the Daytona Beach, Prescott, and Worldwide campuses, as well as Information Technology, Institutional Research, Strategic Planning and Analysis, and the Singapore Campus.

Watret was named Chancellor of the Worldwide Campus in 2010. As Chancellor, he oversaw all academic and operational functions of the campus, which is composed of more than 150 classroom locations in the United States and internationally, and provides services for more than 23,000 students annually through both traditional and online instruction.

Watret joined Embry-Riddle in 1989 and over the years has held several management and faculty positions at the Daytona Beach campus, including associate provost, associate chancellor, associate dean of academics, and full professor of mathematics. In the early 1990s, he took a brief leave of absence to serve as head of the department of mathematics for Texas A&M’s branch campus in northern Japan. In 2006, Watret became the associate vice president and chief academic officer for the Worldwide Campus.

During his tenure as a faculty member in the mathematics department, Watret was known as a dedicated and skilled instructor and was recognized by his peers with Embry-Riddle’s Outstanding Teaching Award in 1996. He has authored several publications and participated as a lead faculty member, developing the Integrated Curriculum in Engineering (ICE) program through a grant from the Boeing Company.

Watret continues to be active both nationally and internationally in the aviation industry and serves as a board member for the UF Online Campus as appointed by the Florida Board of Governors. He has also served as a member of an onsite re-affirmation visiting team for the Southern Association of Colleges and Schools (SACS). Additionally, Watret serves as Chairman of the Board of Directors for Embry-Riddle Aeronautical University-Asia, Ltd. in Singapore and is a Fellow of the Royal Aeronautical Society (FRAeS).