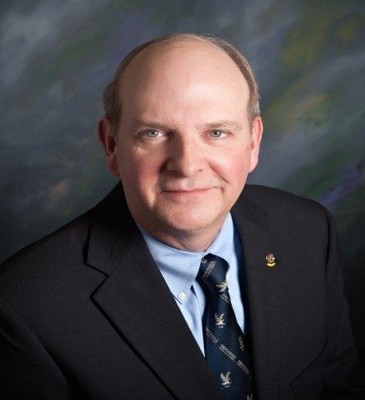 Dr. Frank Ayers is the chancellor of the Prescott Arizona campus, of Embry Riddle Aeronautical University. As chancellor, he is responsible for leading more than 2,000 students, and more than 350 employees. He oversees a full range of academic, operational and professional activities, and sets strategic direction in academics, business operations, enrollment management, academic support, financial aid and student life. His other responsibilities include leadership at the University Cabinet level, philanthropic initiatives and external relationships with government and industry. He is also a professor of aeronautical science.

Previously, he was chairman of the flight training department at the University's Daytona Beach, Florida Campus. In that position, he managed a staff of 250 personnel, training more than 1,000 students annually, and flying more than 70,000 flight hours per year.

From 2003-2005, Ayers was principal investigator for the FAA Industry Training Standards (FITS) research program. In that capacity, he supervised a team of researchers at Embry-Riddle and the University of North Dakota, partnering with industry to develop scenario-based and flight training-based curricula. The FITS curriculum has been adopted by the FAA as the standard for general aviation training in the United States. For his efforts, Ayers was named the recipient of the University Aviation Association's 2005 Frank E. Sorenson Award, for "the professional educator who has made substantial contributions to the field of aviation research and scholarship."

Prior to joining Embry-Riddle, Ayers was in the U.S. Air Force for 26 years, serving as a B-52 instructor pilot, commander of a B-52 Training Squadron, group commander and chief of Joint Military Education Policy at the Pentagon, among other assignments. He earned an Airline Transport Pilot certificate, with type ratings in the Boeing 757 and 767, and is a certified flight instructor. Ayers has logged more than 6,000 flight hours in a wide variety of aircraft types.

Ayers received a B.A. in History from Virginia Polytechnic Institute, an M.S. in Aviation Management from Embry-Riddle and an Ed.D. from Nova Southeastern University.

Dr. Ayers is the 2013 inductee in the Virginia Polytechnic Institute, Aviation Hall of Fame, for notable achievement in the fields of aerospace and aviation.