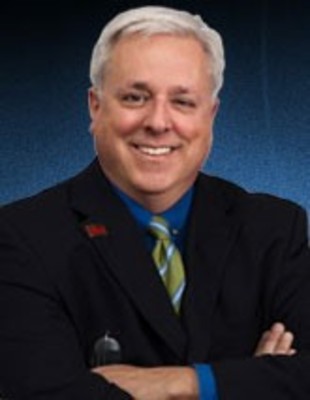 Forty year radio and television veteran, Marc Bernier, is often heard to say talking to people is the greatest job he's ever had. He is the host of The Marc Bernier Show, which airs weekdays from 3-6 p.m. on 93.5FM/1150AM WNDB Daytona Beach, Florida.

"We get the newsmakers other shows can't get, because we treat them fairly. We deal with matters that affect people's lives", says Bernier. Now in his 24th year at WNDB, the show has been frequented by guests nationwide. From the top leaders on Capitol Hill, to current and former White House officials, the opinion makers of the country know Marc Bernier will ask the questions that need to be asked. The length of Bernier's reign at WNDB combined with his witty personality and list of guest appearances have landed him on Talkers Magazine'stop 100 most important talkshow hosts the last 14 straight years. "I'm honored that Talkers would recognize the hard work that goes into our show each day", says Bernier. When not discussing political and social issues, Marc prides himself on his local focus which deals with city, county, and state-wide issues. "Dealing with an area like central Florida, it is imperative that residents have a place where they can air their feelings on local happenings", he adds. "I'm happy to host a forum for that". From October 1999 to December 2008 Marc did double duty performing a mid-day talk show on WFHG FM-AM in Bristol Virginia-Tennessee. While there he performed town halls and addressed issues of public policy while representing several on air advertisers.

In January 2009, Marc was added to the staff at Embry Riddle Aeronautical University serving as Special Assistant to the President for Government and Community Affairs and serves as the moderator and producer of "The President's Speakers Series," a program of interviews with public policy experts on foreign and domestic policy before a live audience.

Raised in Rhode Island, Marc has hosted morning radio shows in New England before moving to Florida in 1990 to serve as executive producer for Steve Crowley's "American Scene". From there, he conducted his own national coast-to-coast radio show, "The American Forum", before finally making his way to Daytona Beach and WNDB. In addition to his extensive radio background, Bernier has hosted cable TV shows in Massachusetts, Rhode Island, and Florida. The Marc Bernier Show has originated from Washington, D.C. on 80 occasions and was the only radio show to broadcast continuously from Presidency III in November of 1995 in Orlando, Florida and Florida Victory 2000 in 1999. The Bernier Show was the only one in the U.S. to offer a local broadcast from the Bush Inaugural in January 2005. The Show has also broadcast from New York 10 times, and Miami 17 times.

Marc was a frequent contributor to Fox News, CNN and MSNBC as well as a contributor to the WB's "The Buzz". Marc is a news analyst for Fox 35 News in Orlando. A finalist for the 2003 Marconi Awards, Marc also hosts a weekly book review show promoting literacy called "BookMarc" and a quarterly show called "The Marc Bernier Restaurant Show."