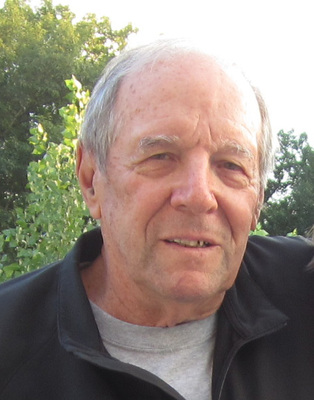 Henry “Hank” R. Lehrer recently retired ending 52 years of continuous service as a teacher/professor and educational administrator. During that period, Dr. Lehrer was an aviator, an educator, a working musician, and he held tenured faculty positions at Bowling Green State University, Embry-Riddle Aeronautical University (Daytona Beach), and the University of Nebraska at Omaha. The first seventeen years of his academic career though was as an Ohio high school instrumental music teacher.

A graduate of Ohio University (BSEd.), Kent State University (MEd.), and Bowling Green State University (Ph.D.), Lehrer, is still an active flight instructor and holds an Airline Transport Pilot license with Cessna Citation type rating. He has numerous journal articles, books, book chapters, presentations, and consultancies to his credit. In addition, Lehrer was the founding editor of the Journal of Aviation/Aerospace Education & Research and held other editorial positions on the Journal of Air Transportation, the Journal of Aviation Technology & Engineering, and the Collegiate Aviation Review. His honors and awards include Laureate of Epsilon Pi Tau: Technology Honorary, membership in Omicron Delta Kappa, and receipt of the Sorenson Award at University of Nebraska-Omaha and both the Wheatley and V. L. Laursen Awards from the University Aviation Association.

In the collegiate aviation field, Dr. Lehrer has been a pioneering as well as a driving force in two extremely significant educational initiatives: distance/non-traditional education in the development of delivery systems and improving the performance of Native American reservation students in mathematics, science, and technology through the innovative use of aeronautical and geospatial curricular models. In the first of these, he was one of the first collegiate educators to develop and utilize time and place independent distance instructional delivery using videotaped lectures coupled with student/faculty interaction on the internet. Lehrer also explored the use of various groundbreaking combinations of weekend lecture modules coupled with an instructional strategy that employed internet discussion boards, significant email interaction between instructor and student, and other emerging on-line methodologies.

A key research finding from these activities was that far-flung, non-traditional students in distance education classes performed as well if not better that similar individuals receiving the same instruction in a traditional academic lecture setting. It was also determined that mixing multimodal delivery strategies for differing student-types (traditional, hybrid, and distance) only enhanced the educational experience for all participants. Quite simply, same-class students enjoy working with each other no matter how or when they interacted and by what mode.

In work done with elementary and secondary school students on the three Native American reservations in Nebraska (Omaha Nation, Winnebago, and Santee Sioux), Lehrer developed a Family Science program that engaged students and their parents in various aeronautical enrichment programs. Offered in the evening throughout the school year, children, their parents, and other members of their extended family engaged in collaborative activities. This included building and flying small airplanes and rockets, learning the fundamentals of aeronautical navigation, and becoming familiar with the principles for and the use of global positioning systems.

The underlying principal of all of these enterprises was strengthening the family unit and employing it as a motivating force for educational improvement. Additionally, the program explored ways that the Native American culture could embrace innovative facets of aeronautical science and help children acquire better science, technology, engineering, and math (STEM) knowledge and skills. There was external funding for this project by both the scientific as well as the educational community. Significant grantors included the National Aeronautics and Space Administration (NASA) Space Grant program, US Department of Agriculture (USDA), National Science Foundation (NSF), Nebraska’s Established Program to Stimulate Competitive Research (EPSCoR), and Aerospace States Association (ASA). Other entities that provided additional support included the United State Geological Survey (USGS), University of Nebraska-Omaha, South Dakota Space Grant Consortium, Little Priest Tribal College, Iowa Air National Guard, and the Nebraska Department of Aeronautics.

Although Hank Lehrer was primarily an educator during his long academic career, he also concurrently enjoyed well over half a century of activity as a professional musician. Beginning in high school, he attended National Music Camp in Interlochen for several summers, followed with a degree in music education, and then taught instrumental music for almost two decades. During his formative years, Hank’s individual instructors and coaches included many outstanding collegiate professors and symphony players. As a high school teacher, bands under his direction performed at numerous NFL and college football games; his students always garnered top ratings at countless contests. Many of these individuals moved on to college, university, and military bands; several became music teachers.

In performance, Lehrer distinguished himself not only in classical music but in the jazz world as well. As a multi-faceted woodwind player, he has performed in many prestigious wind bands and chamber ensembles on clarinet and saxophone and in many of these groups held the principal or section leader position. In the jazz field, he is comfortable in both big bands and combos most often playing tenor and soprano sax. An accomplished improviser and a voracious sight-reader he has backed numerous visiting musical and stage star tours.

Although now semi-retired, Hank is still a working woodwind player. You may just as easily find him playing a jazz gig, on stage with a symphonic concert band, or in the orchestra pit for a local musical production.