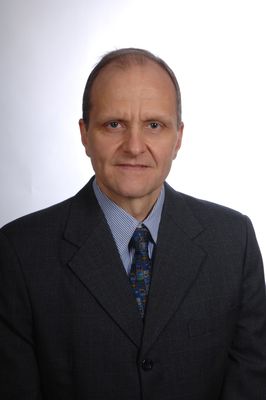 Captain Scheck completed his pilot training through the Lufthansa Flight Academy in 1993. He has accumulated over 15,000 flight hours on various aircraft, including Boeing B737, B747 and Airbus A320-series, which he currently flies as Captain for Lufthansa German Airlines out of Frankfurt, Germany.

He also performs duties as Trainer/Facilitator for Crew Resource Management (CRM) training, having trained over 2500 cockpit and cabin crew members. He assisted Lufthansa Aviation Training with the development of one of the current CRM training modules.

Additionally, he served with the US Air Force Reserve in the Judge Advocate General’s Corps. In this capacity he participated in various aircraft accident investigations; in particular aircraft accident investigation boards in accordance with Air Force Instruction (AFI) 51-503 and DoDI 6055.7. He retired in the grade of Chief Master Sergeant as the IMA Senior Paralegal to the Air Force Legal Operations Agency.

Captain Scheck holds a Masters of Aeronautical Science Degree from Embry-Riddle Aeronautical University and is the Vice Chairman of the Research Network for Academic Pilot Training.

He is also actively involved in the Qualification & Training Committee and the Remotely Piloted Aircraft Systems (RPAS) Committee of the German Airline Pilots’ Association (Vereinigung Cockpit - VC), as well as the RPAS-working group of the European Cockpit Association (ECA). In this capacity Captain Scheck has represented VC and ECA (including having held numerous presentations) at various venues, to include, among other, the German Ministry of Transportation, the German Society for Aeronautics and Astronautics, Unmanned Vehicle Systems International, the European Organization for Civil Aviation Equipment and UAV DACH.

Captain Scheck has published several papers in journals/periodicals, including, among other, Aviation Security International, The International Journal of Business and Social Sciences, The Judge Advocate General’s Reporter and VC-Info.