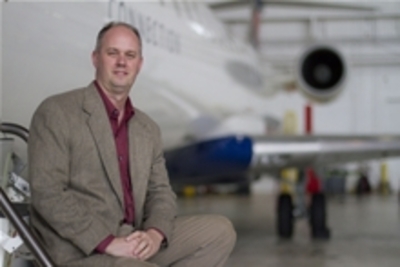 Captain Darrin Greubel is the Director of Flight Operations for ExpressJet Airlines, where he leads the company’s Flight Operations Department. In his 23 years with the company, he has earned an ATP with type ratings on the EMB-120 and CL65 and has held various positions such as instructor pilot, check pilot, Program Manager of the EMB-120 fleet, Manager of Flight Operations, Manager of Flight Standards and Base Chief Pilot of ATL. Prior to joining ExpressJet Airlines, he worked in various sectors of general aviation, including instructing, surveying, and 135 charter flying. Captain Greubel graduated from Indiana State University in 1991 with a bachelor’s degree in Professional Pilot Technology.