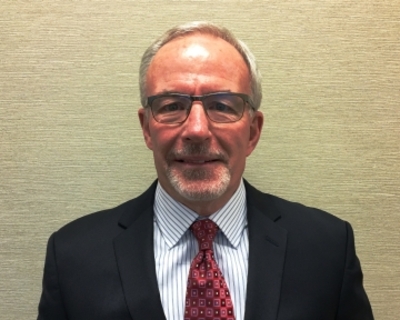 Donald (Don) Menard joined The First Data Corporation in February 2014 as the Vice President of Flight Operations. He leads a team of pilots, maintenance technicians and dispatchers based at the Morristown Municipal Airport in Morristown, NJ. His team is responsible for providing air transportation solutions in support of Executive travel requirements, globally. Those solutions involve the use of Company owned assets, as well as the occasional use of supplemental lift that is charted as necessary, giving the executives a tactical advantage as they grow the First Data business.

Don has an extensive career in the business aviation industry. Prior to joining First Data, he served as the Senior Director of Flight Operations at Vulcan, Inc in Seattle, WA and previous to that as the Aviation Director at Cable Systems Corporation in Bethpage, NY. He began his career in business aviation at the IBM Corporation where he worked for 18 years, starting as a line pilot, rising to become the Manager of Aviation Safety and Security for the company.

Don is also a Military Veteran having retired from U.S. Army after a 30 year career as a Medical Service Corps officer, serving on both Active Duty and with the Reserves. The first half of that career was spent in the MEDEVAC helicopter community where he was a member of several teams deployed worldwide providing aeromedical evacuations both on and off the battlefield. After being promoted, he switched career paths, becoming a Health Care Administrator during which time he was selected to Command the Army Reserve’s largest field hospital. He culminated his career as the Chief of Staff of the Army’s 8th Medical Brigade, with Headquarters on Staten Island, NY, retiring in June, 2008.