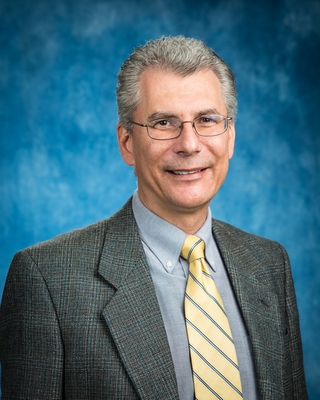 Chuck Horning is presently an Associate Professor and the Department Chairman for Aviation Maintenance Science at Embry-Riddle Aeronautical University’s (ERAU) Daytona Beach, FL campus. He has been at ERAU since January of 2005 and has held the previous positions of Instructor and Associate Department Chair. Additionally, he is the accountable manager for the department’s FAA Part 145 Engine Repair Station. He received his Bachelor in Science degree in Aviation Technology from ERAU in 1986. In 2011, he graduated with honors from ERAU’s Worldwide campus earning a Master of Science degree in Aeronautics with a specialization in education.

Prior to working at ERAU, Horning spent 18 years with Delta Air Lines. He began his career with Delta in 1987 at the Dallas-Fort Worth International Airport and transferred to its hub at Orlando International Airport in 1990. While at Delta, he held the positions of Aircraft Line Maintenance Technician, Boeing 767 Initial Training Instructor, Avionics Training Program Instructor, and Program Manager of Avionics Training.

Horning was a member of the FAA Part 147 Aviation Rulemaking Advisory Committee (ARAC) (2007-2008), and the Part 147 FAA-Industry Working Group (2011-2013). Currently, he is a member of the FAA AMT Airman Certification System (ACS) working group and is the industry representative on the FAA’s ACS Exam Review Board (AEB).

Horning has served as a member of the Board of Directors for the Aviation Technician Education Council (ATEC) during the years of 2008-2012 and 2014-2016. In 2016, he joined ATEC’s Executive Committee as Treasurer. In 2018 he was voted in as ATEC’s Vice President.