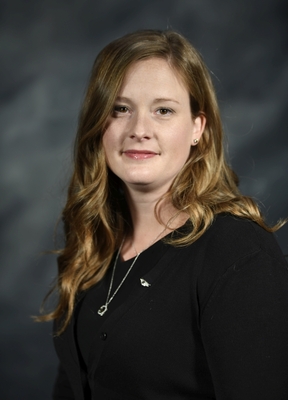 First Officer Lindsey Van Beusekom is an Embraer 145 pilot for ExpressJet Airlines and the interim chair of the Fee for Departure Committee at the Air Line Pilots Association, Int’l (ALPA). After just two years as an ExpressJet instructor where she has been a pilot since 2013, Van Beusekom’s proficiency led the company to promote her to lead Human Factors instructor in 2018. Van Beusekom maintains FAA rating qualifications in single- and multiple-engine commercial aircraft, including the Embraer 135/145.

Van Beusekom began her ALPA work with the Association’s Critical Incident Response Program, designed to mitigate the psychological impact of an incident or accident and aid in the normal recovery from these events before harmful stress reactions affect pilot job performance, careers, families, and health. Her work has included actively supporting Part 121 passenger operations throughout the United States, Canada, and Mexico, as well as opposing the repeal or watering down of FAR 117 or first officer qualifications. Along with her other leadership roles within the ExpressJet pilot community, Van Beusekom also served ALPA’s membership as a Flight Operations Quality Assurance gatekeeper from 2015 to 2017.

In her current role as the interim chair of ALPA’s Fee for Departure Committee, Van Beusekom works closely with ALPA staff and pilot leadership from each of the 14 ALPA regional pilot groups in the United States and Canada. With more than 15,000 of the Association’s 60,000 pilot members flying for regional airlines, Van Beusekom is tasked with developing strategies to counter threats and capture opportunities in the piloting profession ranging from fostering career progression to improvements in pay, benefits, working conditions, and retirement packages.

A native of Nashville, Tenn., Van Beusekom holds a bachelor of science degree in business administration from City University in Washington state, and is currently completing a master of business administration degree at Southern New Hampshire University. She is a Women in Aviation International member, and her love for children has led her to become an active volunteer with Young Eagles in Little Rock, Ark., and the Ronald McDonald House in Houston, Tex., where she currently resides.