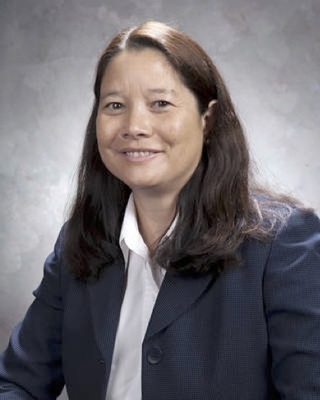 Josephine Burnett is the director of Exploration Research and Technology Programs at NASA's John F. Kennedy Space Center in Florida. She is responsible for strategic leadership and program and project management for Kennedy support to the Exploration mission, which includes Space Life and Physical Sciences (SLPS), International Space Station (ISS), Advanced Exploration Systems (AES), and Space Technology (ST) Programs. Burnett began her career with NASA in 1987 at Kennedy as an aerospace/mechanical engineer integrating experiments onto Spacelab racks and pallets. In 1991, she became an experiment project engineer and led a team of engineers in the test and checkout of the United States Microgravity Laboratory–1 Spacelab Module. Burnett moved to an operations position in 1993 as a payload test director. In this position, she was responsible for overseeing shuttle payload testing for assigned payloads, including payload support for launch countdown. In 1995, Burnett served as the center director management Intern and performed in this capacity until 1996 when she joined the Space Station Hardware Integration Office. For three years, she supported the test and checkout of the Canadian Space Station Remote Manipulator System (SSRMS) in Brampton, Ontario, and the Canadian portion of the Multi Element Integrated Test, after which time she was selected to lead the Element 6A Office as the acting chief. In 2000, Burnett joined the ISS/Payload Processing Directorate as the chief of the Future Missions and International Partner Division. In this position, she led the office responsible for the advanced planning of ISS international elements, shuttle payloads, and concepts for improved ways to test payloads in the future. In 2003, she returned to the directorate as deputy for Program Management for the ISS and Payload Processing Directorate and the Kennedy Space Center. In this capacity she supported the director in the development of organizational roles and responsibilities, as well the development of long-range organizational direction for Kennedy and ISS Program needs. Burnett was selected as a member of the Senior Executive Services Career Development Program (SESCDP) class of 2004 and completed the program in March 2006. She returned to Kennedy as the chief of the Systems Engineering and Integration Division for Kennedy’s Design Engineering Directorate. In this capacity, she led a team of highly experienced systems engineers in support of the Constellation Ground Operations Project. Burnett then became the deputy director of the Space Transportation Planning office, providing strategic guidance and leadership for the program management and systems engineering and integration of the Constellation Block 1 Orion/Ares configuration to low-Earth orbit. Mostly recently, she was the director of the ISS Ground Processing and Research Project Office responsible for all ground processing of space station elements from around the world. These elements are operating in orbit and supporting the largest, most complex space station in human history. Burnett graduated from the University of Florida in 1987 with a B.S. in aerospace engineering and, in 1991, earned a Master of Science from the Florida Institute of Technology in space system operations. She is a native of Florida and lives in Merritt Island with her family.