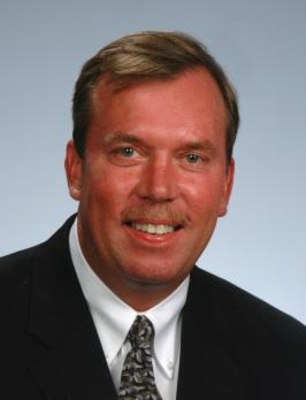 Jerry Moyer graduated Cum Laude from Northwest Missouri State University (NWMSU) in 1976. He received his Master’s Degree in 1978 and soon after joined Planning Research Corporation (PRC) at Kennedy Space Center (KSC). As a Lead Project Engineer for PRC from 1979-1982, he was responsible for the development and activation of KSCs life sciences research and flight experiment support capabilities. After joining The Bionetics Corporation (TBC) at KSC in 1982, the organizations he directed provided ground support for over 2000 flight experiments covering 130 Space Shuttle Missions as well as providing medical and laboratory services required for Space Shuttle launch and landing operations. As TBC Program Manager for the Life Sciences Support Contract (LSSC), TBC provided engineering and mission integration services required for payload systems development and the successful flight of over 50 KSC managed life sciences payloads. As TBC Site Manager at the National Center for Toxicological Research (NCTR) in Jefferson, AR from 1987-1990, Mr. Moyer was responsible for two contracts that provided for center-wide research services and facilities Operations and Maintenance (O&M) support. Mr. Moyer is currently TBC Director for Space Operations and Engineering with primary management responsibility for three separate contracts in the KSC area and one at Ames Research Center (ARC).

He is a member of Delta Tau Alpha (Honorary Scholastic Organization), the American Society for Gravitational and Space Research (ASGSR), and the Association of Governing Boards (AGB) of Universities and Colleges. He served as the 2005 Chairman of the National Space Club (NSC) and continues to serve on the NSC Board of Directors. He served as Chairman of the Board of Directors for the Florida Space Research Institute (FSRI) for two terms as well as serving on the Board of Directors for the NWMSU Foundation. He currently serves on the Board of Directors for SpaceTEC. He is a recipient of the NASA Public Service Medal and has authored and co-authored numerous publications in the areas of spaceflight systems, space education, and physiology. He was a featured speaker at the 2002 “In Space” symposium held in Tokyo, Japan at the National Museum of Emerging Science and Innovation and provided consultation to Japanese based agencies and businesses on space commercialization. He holds a patent for space related systems (pat. No. 4834,801, issued July 1989) and has been the recipient of numerous awards and citations. He was honored in March 2005 by the Canaveral Council of Technical Societies (CCTS) for his leadership and contributions to space exploration. The flight organization he was instrumental in building and directing throughout his career received four NASA Public Service Group Achievement Awards for Mission Support and countless other awards from NASA and their International Partners. During his tenure as TBC Site Manager at NCTR, the organization he directed was responsible for 30 publications, where there had been none, and was the recipient of the Food and Drug Administration (FDA) Commissioners Award for Group Achievement, which was the first time in seven years this recognition had been received by a contractor. He currently serves on the Space Advisory Council to Congressman Posey and is the current Chairman for the 44th Space Congress® Sponsorship Committee.