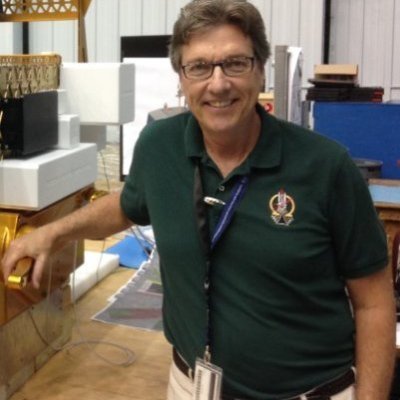 Mr. Starr has nearly 35 years of experience at the Kennedy Space Center, primarily in the development of technologies to solve specific issues with processing of the Space Shuttle. Since the end of the Shuttle Program he has led work to develop new technologies primarily associated with deep space exploration.

He holds a Master’s Degree in physics from the University of South Florida in Tampa (1978). He has received six patents, and published many papers in applied sciences. He has received numerous awards including the Silver Snoopy, Launch Honoree, five Gold Dollar Awards, NASA Silver Achievement Medal, IEEE Engineer of the Year, Southeastern Region, and others.

Mr. Starr is currently co-lead for ISRU on NASA’s Human Architecture Team for the Evolvable Mars Campaign, deputy lead for the Agency Capability Leadership Team and is involved in several other Agency-level venues for planning the technology maturation of ISRU systems. He continues to be active in providing technical support to projects primarily in mathematical modeling, fluid behavior, thermodynamics, heat transfer, and sensor systems.