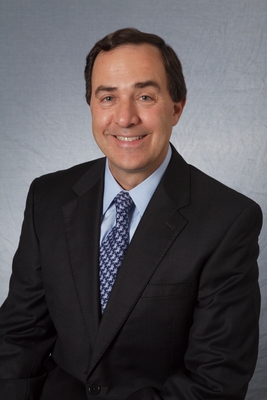 Sierra Nevada Corporation (SNC) is a multi-billion dollar, world-class prime systems integrator and electronic systems provider with a workforce of over 3,000 across the U.S. As corporate vice president of SNC’s Space Systems, Mark Sirangelo has helped to build and grow a product portfolio ranging from small satellites, to space technologies that have enabled over 400 planetary missions such as the Mars Curiosity Rover and New Horizons Pluto Mission, to rocket motors including the motors that won the Ansari X-Prize as well as in-space life support and plant growth systems. SNC is also developing the Dream Chaser® spacecraft, the only reusable, lifting-body, low-Earth orbit vehicle, capable of landing on commercial runways around the world. Mr. Sirangelo was formerly the Chairman and CEO of a publicly traded company, SpaceDev Inc., prior to merging with SNC and has spent most of his professional life as an entrepreneur founding and leading several successful technology and communications companies.

Mr. Sirangelo is Chairman Emeritus of the Commercial Spaceflight Federation, a member of the Board of Governors of the Aerospace Industries Association and has been inducted as an Associate Fellow of the the American Institute of Aeronautics and Astronautics. He was named to the Defense Industry’s Fast Track 50, Deloitte’s Fast Track 500, selected as a finalist in Ernst & Young’s Entrepreneur of the Year, included in Inc. Magazine’s top 200 companies and was inducted into the NASA/Space Foundation’s Technology Hall of Fame. SNC was recently named as one of The World's Top 10 Most Innovative Companies by Fast Company.

In August 2013, recognizing his efforts to promote innovation, the Governor of Colorado appointed Mr. Sirangelo as and as the Chief Innovation Officer of the State of Colorado, a voluntary Cabinet position unique in the country and also as the Chairman of the Colorado Innovation Network. Additionally, Mr. Sirangelo is the founding and current Chairman of eSpace, the Center for Space Entrepreneurship, a nonprofit that supports STEM education and the development of entrepreneurial space companies. He is also a member of the Chancellor’s Advisory Board for the University of Colorado.

Mr. Sirangelo has served his country proudly and with distinction as a U.S. Army officer and has a multi-faceted personal background which includes being a long term licensed pilot. He holds a Bachelor of Science, an MBA and Doctorate degrees. Mr. Sirangelo has, for over 20 years, been working to make the world a safer place for children as a Board member and Trustee of the National Center for Missing and Exploited Children. The Center has resolved over 100,000 missing children cases and has created such known programs as the Amber Alert and Code Adam.