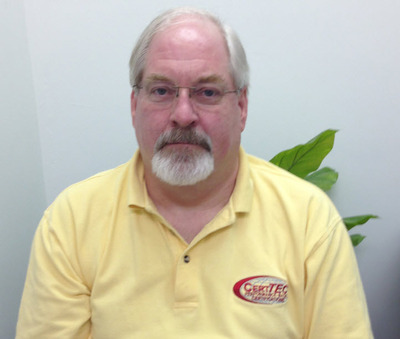 With over 40 years in aviation and aerospace, Steve Kane began his career in the US Navy as an Aviation Structural Mechanic. Following his service, he obtained his FAA Airframe and Powerplant license and worked as an aircraft mechanic in the airline industry before moving to aerospace. Following a successful career at the Kennedy Space Center in various capacities with contractors Lockheed Space Operations, Lockheed Martin and United Space Alliance on the Space Shuttle program, in late 2011 he joined the SpaceTEC team, where he is now Executive Director of SpaceTEC Partners Inc., a 501c3 non-profit corporation headquartered in Cape Canaveral, FL. In this capacity he oversees the activities of both the SpaceTEC and CertTEC internationally accredited third party certification divisions. He is the primary interface for the National Science Foundation to the SpaceTEC National Resource Center for Aerospace Technical Education, a national consortium of community and technical colleges and aerospace industry partners. In addition to SpaceTEC, he also instructs Structural Fabrication with metals and composites and Tests and Measurements in the Aerospace Technology program at Eastern Florida State College.