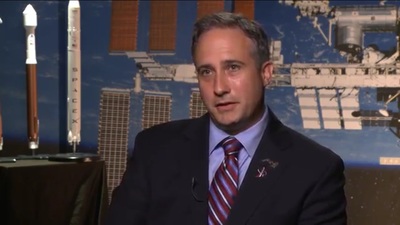 Trent Smith is working for the ISS Program at Kennedy Space Center with the goal of maximizing ISS science in the orbiting laboratory. He is the Project Manager for Veggie, the small on-orbit garden which enables space plant biology and for astronauts to grow fresh, nutritious food to supplement their diets. He transitioned from the Commercial Crew Program where he was working to get NASA astronauts back into space on U.S. led space systems. Smith was responsible for communicating the strategic goals of NASA and how CCP fits into the sustainability of the agency's long-term human space exploration goals.

Prior to joining CCP, Smith was detailed to the United States Senate as a NASA technical advisor for the Committee on Commerce, Science and Transportation. While on Capitol Hill, he evaluated space policy, budgets and other items and matter to identify issues and decisions that impacted the United States, NASA, space issues and associated laws. He also provided guidance on NASA structure and operations to senators and senior policy staff member.

Smith joined America's space program in 2003 as a polymer chemist in support of the Space Shuttle Program and led materials investigations on problematic issues, such as foam liberation and icing concerns. Most notably, Smith was integral in the investigations of the protuberance air load (PAL) ramp foam liberation of space shuttle Discovery on STS-114, which was NASA's Return to Flight mission following the Columbia accident, and the engine cutoff (ECO) sensor failure of space shuttle Atlantis on STS-122.

In 2008, he joined NASA's Launch Vehicle Processing Directorate as a vehicle processing engineer, providing technical and operational leadership for assembly, integration and testing of the 327-foot-tall Ares I-X test rocket.

Smith then began leading the transition efforts of Kennedy's facilities in preparation for the retirement of the Space Shuttle Program and the ramp up of the Constellation Program. Smith and his team decommissioned and retired Mobile Launcher Platform-1 (MLP-1) as well as safed and transferred Launch Pad 39B to the Constellation Program while continuing to safely launch shuttles from Launch Pad 39A. His team also baselined the technical transition and retirement plans for other facilities and capabilities.

In 2010, NASA began to look to its commercial partners to send astronaut crews to low-Earth orbit and the International Space Station and formed the Space Transportation Planning Office. This planning effort transitioned into the Commercial Crew Program in April 2011 and Smith joined the team later that year.

Smith graduated with a Bachelor of Science and Master of Science in Chemistry from the Florida Institute of Technology in 2005 and has received several awards during his nearly 10-year career at NASA, including a Spaceflight Awareness Award, a KSC Certificate of Commendation for Outstanding Leadership, two NASA Superior Accomplishment Awards for Leadership, and more than 18 Space Act Awards for Inventions and Innovations. Smith also has more than 12 patents granted or pending, and has authored two book chapters and 18 peer-reviewed scientific journal articles and government reports.