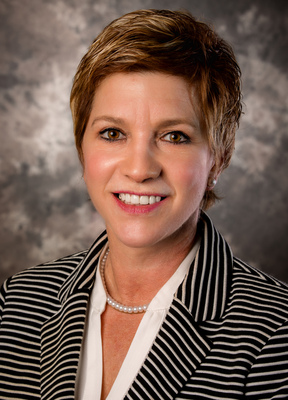 Lynda L. Weatherman is the president & CEO of the Economic Development Commission of Florida's Space Coast. She administers all operations and provides strategic direction to an organization responsible for a $2 million budget within a 1,557 square mile area that is the Palm Bay-Melbourne-Titusville MSA.

Ms. Weatherman, a Florida native, earned a Bachelor of Arts in Social Sciences/Education from the University of South Florida and a Masters in Economic Development from the University of Southern Mississippi. Her work in economic development resulted in winning a Rotarian Fellowship to the University of Hong Kong where, in 1990, she completed a second Masters degree in International and Urban Planning. While beginning her career as a teacher, Ms. Weatherman has held leadership posts with the Florida Department of Commerce's Bureau of Economic Analysis, Gainesville Chamber of Commerce, and Marion County Economic Development Agency.

In 2007, Ms. Weatherman was honored with the NASA Distinguished Public Service Medal, the highest honor NASA awards to both government and non-government employees.

Ms. Weatherman has served since 2009 as a member of the Board of Directors of the Federal Reserve Bank of Atlanta's Jacksonville Branch, where she presided as Chair in 2011 and again in 2014.

In 2010, Ms. Weatherman was appointed to then Governor-elect Rick Scott's Economic Development Transition Team, tasked with identifying innovative ideas from the private sector, success stories from other states, cost-saving opportunities and legislative priorities to assist the then-Governor-elect. That same year, Ms. Weatherman was selected to be a member of the Air Force Chief of Staff Civic Leader Program, serving as an advisor, key communicator, and advocate for the Air Force and providing ideas and feedback to the Secretary of the Air Force and Air Force Chief of Staff.

Ms. Weatherman has served several organizations in various capacities, including the Florida HighTech Corridor Council Board of Directors and Marketing Committee, Brevard Workforce, and Webster University Space Coast Advisory Board. She also gives her time to the United Way of Brevard County Board of Directors, Enterprise Florida Partner Council,Space Florida Business Development Committee,the National Space Club Florida Committee, and the Florida Tech Board of Overseers, and she is an active member of CivMil.

As President & CEO of the Economic Development Commission of Florida's Space Coast since 1994,she is responsible for the attraction of new business and investment and retention of existing industry throughout the Space Coast. Ms. Weatherman 1s role also includes influencing change on government laws and regulations affecting economic development, promoting the Space Coast to encourage new investment, assisting industry in new market entry, supporting efforts of Space Coast military installations, and relaying new programs and procedures to assist manufacturing and high tech companies.

Under Ms. Weatherman's leadership, the EDC's recent accomplishments include the successful attraction of Embraer's first and only U.S. manufacturing assembly plant, a nearly $50 million economic impact that has now grown to more than $75 million with the announcement in late 2012 of the company's plan to build an engineering and technology center; the retention of the Space Coast's Naval Ordnance Test Unit through the reversal of a BRA( Commission decision; attainment of the assembly and checkout of NASA's Crew Exploration Vehicle; and facilitation of the first-ever Space Act agreement between Kennedy Space Center and an economic development organization.