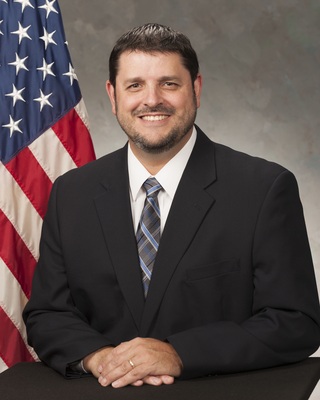 Jeff Angermeier has worked at NASA's Kennedy Space Center since July 1988. He currently serves as the senior program planning manager in the Ground Systems Development and Operations Program (GSDO) at Kennedy. In this capacity, Angermeier assists the GSDO Program manager in the development of the required facilities, ground systems and operations planning for the prelaunch, launch and recovery of NASA's Space Launch System (SLS) and Orion multi-purpose crew vehicle. Angermeier also is serving as the GSDO Cross Program Integration Team lead, ensuring the best integrated system solutions are reached for technical issues that arise between the Orion, SLS and GSDO Programs.

Prior to those GSDO assignments, Angermeier served as the GSDO Exploration Flight Test-1 (EFT-1) mission manager, ensuring GSDO’s readiness to support prelaunch processing and recovery of the Orion spacecraft in the Pacific Ocean. Angermeier also served as the GSDO chief of the Flight Systems and Operations Integration Division, where he was responsible for all program operations activities, including the concept of operations and advanced operations planning for the processing of Orion and SLS flight hardware following arrival at Kennedy through launch and recovery.

Angermeier previously worked for four years in the Kennedy Constellation Project Office as chief of the Operations and Integration Division. His responsibilities included managing the concept of operations and integrated vehicle operations planning for the processing of spaceflight hardware at Kennedy. This included the advanced planning and schedule development required for the preflight integration, test and launch of the flight hardware. He also was responsible for integrating all of the project planning functions for the Project Office, coordinating launch and flight requirements with the Air Force Eastern Test Range, leading risk management processes and coordinating the transition of Kennedy facilities and equipment from the Space Shuttle Program to the Constellation Program.

Prior to those assignments, Angermeier worked 19 years in the Space Shuttle Program. His managerial and technical assignments included chief of the Project Control Office, chief of the Operations Integration Division, and lead manifest planner and operations engineer. Angermeier served as Kennedy's recovery director in Lufkin, Texas, following the space shuttle Columbia accident in 2003. He served as the Columbia NASA vehicle manager in 2001 and completed a seven-month assignment in 2000 at the Johnson Space Center in Houston, Texas, as the manifest manager for the Space Shuttle Program manager. He also completed a one-year detailed assignment in 1994 at NASA Headquarters in Washington, D.C., as manager of the space shuttle/space station manifest for the associate administrator of the Office of Spaceflight.

Angermeier was born in Altoona, Pennsylvania. He graduated from Bellwood-Antis High School in Bellwood, Pennsylvania, in 1983. He earned a Bachelor of Science in electrical engineering from the Pennsylvania State University in 1987, and a Master of Science in space systems from the Florida Institute of Technology in 1993. He completed the NASA Senior Executive Service Candidate Development Program (SESCDP) in 2008. Angermeier resides in Merritt Island, Florida, with his wife, Robin, and their daughter, Lindsey.