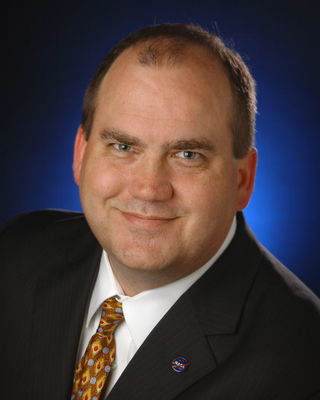 Bob is a NASA chief spokesperson and serves as the deputy assistant administrator for the Office of Communications. He is responsible for leading and executing many of the agency's public outreach activities and his career and academic studies include considerable experience in leadership, organizational change, government relations, and crisis communication.

An Emmy Award winning journalist and strategic planner, Bob has a deep professional and personal interest in the use of emerging technologies to help public share NASA's exciting and compelling story. He launched and moderates many of the agency's social media initiatives, and is responsible for NASA's highly honored Web site http://www.nasa.gov and NASA Television.

His projects include the migration of NASA TV to the first UHD-TV channel in North America, co-authored three books commemorating NASA's 50th anniversary, the Apollo lunar landings, and the Hubble Space Telescope, co-led the agency’s public outreach activities with 20th Century Fox’s film The Martian, and initiated the collaboration with Rovio Entertainment in the development, launch, and four major updates of the Angry Birds Space mobile gaming platform.

Bob’s innovative work and has been honored with four NASA medals for exceptional service and outstanding leadership, as well as a Presidential Rank Award. A native of Nashville, Tenn., he earned a bachelor's degree from Middle Tennessee State University, Murfreesboro, and a master's degree from Seton Hall University, South Orange, N.J.