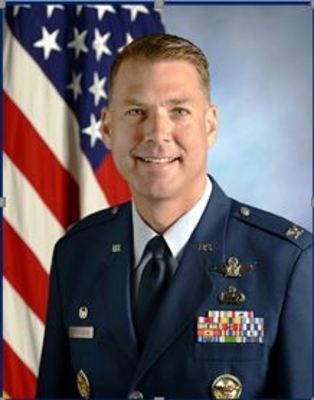 The launch group is the 45th Space Wing’s focal point for Department of Defense (DoD), civil and commercial space launch-related activities. The group provides vital operations, engineering and maintenance support for launch vehicles and government satellites prepared and launched on the Eastern Range.

Colonel Krystkowiak entered the Air Force in 1994 as a distinguished graduate from the University of California, Los Angeles, with a Bachelor of Science Degree in Aerospace Engineering. Col Krystkowiak’s experience is in space and intelligence systems, including acquisition, engineering, operations, launch and staff assignments.

He began his career in the Defense Meteorological Systems Program Office as a satellite integration and test manager and later as the launch operations manager. After serving as executive officer to the DMSP system program director, he was assigned to Schriever AFB as the 50th Space Wing lead for the National Reconnaissance Office systems. In 2000, Col Krystkowiak was selected for the Air Force Intern Program, serving two rotations in the Office of the Assistant Secretary of Defense (Command, Control, Communications and Intelligence) and the Office of the Assistant Secretary of the Air Force (Acquisition). In 2002, he was assigned to the Aerospace Data Facility at Buckley AFB, Colorado, where he was the Chief, Business Management Division before transitioning to the operations floor as Mission Director, where he directed a 150-person joint military operations crew and later served as the Assistant Director of Operations. After graduating from the College of Naval Command and Staff at the Naval War College in Newport, Rhode Island, he served as the Chief of Acquisition, Space Radar Integrated Program Office, Chantilly, Virginia, followed by Commander, National Reconnaissance Office, Vandenberg AFB, California, where he directed satellite transport, fueling and launch processing operations. Most recently, Col Krystkowiak was Director, Intelligence, Surveillance and Reconnaissance Systems Division, Space and Intelligence Office, Office of the Under Secretary of the Defense of Acquisition, Technology and Logistics, the Pentagon, Washington D.C.

Jul 12 – Jul 14: Director, Intelligence, Surveillance and Reconnaissance Systems Division, Space and Intelligence Office, Office of the Under Secretary of Defense for Acquisition, Technology and Logistics, the Pentagon, Washington D.C.