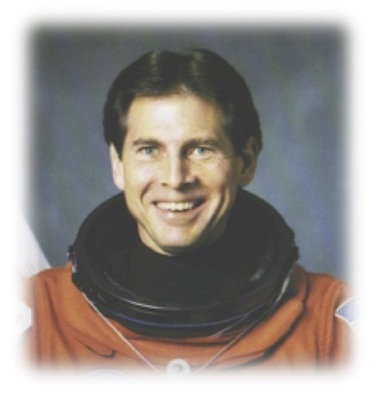 Samuel T. Durrance was born in Tallahassee. He received a Bachelor of Science degree and a Master of Science degree in physics (with honors), at California State University, Los Angeles, 1972 and 1974, respectively, and a doctorate in astro-geophysics at the University of Colorado at Boulder in 1980. Dr. Durrance has been involved in space exploration, scientific research and education for over 30 years. He has logged over 615 hours in space as a payload specialist and member of the crew of Space Shuttle Columbia for the STS-35/Astro-1 and Space Shuttle Endeavour for the STS-67/Astro-2 missions. He played several key roles in the design, construction, integration, and operation of the Hopkins Ultraviolet Telescope and NASA’s Astro Observatory. He conducted research and directed graduate students at the Johns Hopkins University for 16 years. He has designed and built spectrometers, detectors, and imaging systems, and made numerous spacecraft and ground-based astronomical observations. He conceived and directed a program to develop adaptive-optics instrumentation for ground based astronomy. He led the team that designed and built the Adaptive Optics Coronagraph, which led to the discovery of the first cool brown dwarf, Gliese 229 b, orbiting a nearby star. He also co-discovered a tell-tale signature of planet formation in the dust disk surrounding the star beta Pictoris.

Starting in 2001, Durrance was the executive director of the Florida Space Research Institute (FSRI) created by the State of Florida in 2000. FSRI was located at NASA’s Kennedy Space Center in support of the State’s Space Life Sciences Laboratory. Since 2006, he has been a professor of physics and space sciences at the Florida Institute of Technology. At Florida Tech he is developing an interdisciplinary research program and undergraduate degree program in astrobiology. His long-term goal at Florida Tech is to create a climate where students and faculty can regularly participate in space-based research programs. His research interests include the origin and evolution of the solar system, the search for planets around other stars, planetary astronomy, atmospheric physics, nuclear physics, adaptive optics, spacecraft operations, and the origin of life. He has published over 100 technical papers on planetary astronomy, adaptive optics, atmospheric physics, nuclear physics, and spacecraft operations.