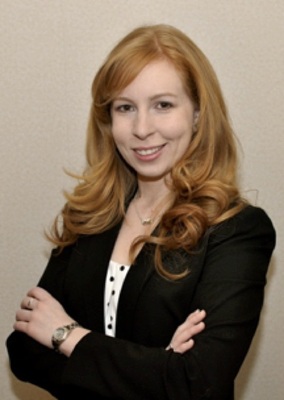 Stephanie Bednarek is an account manager on the commercial business development team at SpaceX. In addition to her sales role, Stephanie manages SpaceX’s government affairs in Florida. Prior to her current position, she was the Government Affairs Manager where she managed executive branch, legislative, state and federal agency affairs related to SpaceX’s civil space activities including strategy, policy development, and research.

Stephanie is on the Board of Directors of the American Astronautical Society, National Space Socity and the Economic Development Commission of Florida’s Space Coast. Stephanie is currently serving as the Public Policy Chair of the AIAA National Capital Section. In recent years, she served as the Vice President of Programs for Women in Aerospace and as the Commercial Space Chair of the Aerospace Industries Association.

Stephanie received a B.S. degree in aerospace engineering from the University of Virginia and an M.A. in science and technology policy from George Washington University. She also studied at the International Space University.