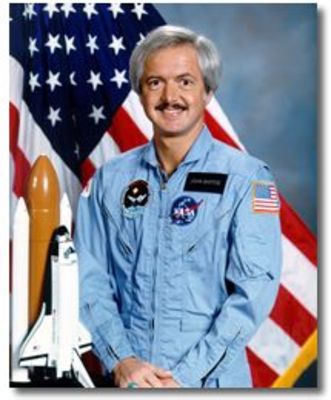 Bartoe worked as an astrophysicist at the Naval Research Laboratory. During his time there, he specialized in solar research and was selected by NASA to fly as a payload specialist on STS-51F Challenger which launched July 29, 1985. This was the Spacelab 2 mission, and the main purpose was to confirm that the Spacelab systems were performing efficiently. The crew also conducted various experiments involving plasma physics, solar physics and astronomy.

From 1990 through 1994, Dr. Bartoe served as Director of Operations and Utilization in the Space Station Office of NASA Headquarters. In 1993, he began working as the ISS Research Manager where he oversaw programs surrounding the research capability, hardware, and plans of the International Space Station. He remained in this position until 2005.

Dr. Bartoe received the NASA Exceptional Achievement Medal and the NASA Skylab Achievement Award. He is also a member of the Association of Space Explorers and the Chairman of the Space Stations Committee of the International Astronautical Federation. Bartoe currently works as an independent aviation and aerospace professional.