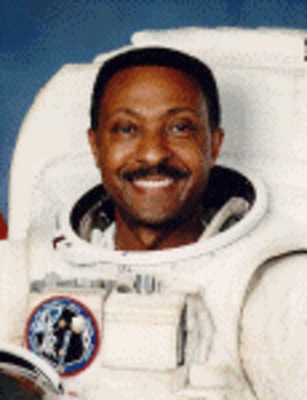 EXPERIENCE: Scott entered Naval Aviation Officer Candidate School after graduation from Florida State University in December 1972. He completed flight training in fixed-wing and rotary-wing aircraft and was designated a Naval Aviator in August 1974. He then served a 4-year tour of duty with Helicopter Anti-Submarine Squadron Light Thirty Three (HSL-33) at the Naval Air Station (NAS) North Island, California, flying the SH-2F Light Airborne Multi-Purpose System (LAMPS) helicopter. In 1978 Scott was selected to attend the Naval Postgraduate School at Monterey, California, where he earned his Master of Science degree in aeronautical engineering with avionics. After completing jet training in the TA-4J Skyhawk, Scott served a tour of duty with Fighter Squadron Eighty Four (VF-84) at NAS Oceana, Virginia, flying the F-14 Tomcat. In June 1986 Scott was designated an Aerospace Engineering Duty Officer. He served as a production test pilot at the Naval Aviation Depot, NAS Jacksonville, Florida, flying the F/A-18 Hornet and the A-7 Corsair aircraft. He was also assigned as Director of the Product Support (engineering) Department. He was next assigned as the Deputy Director of the Tactical Aircraft Systems Department at the Naval Air Development Center at Warminster, Pennsylvania. As a research and development project pilot, he flew the F-14, F/A-18 and A-7 aircraft. Scott has accumulated more than 6,000 hours of flight time in 25 different military and civilian aircraft, and more than 200 shipboard landings. Additionally, Scott was an associate instructor of electrical engineering at Florida A&M University and Florida Community College at Jacksonville, Florida.

Winston Scott retired from NASA and the U.S. Navy at the end of July 1999 to accept a position at his alma mater, Florida State University, as Vice President for Student Affairs. He was also associate dean in the FAMU/FSU College of Engineering.

In July 2003 Scott assumed the position of executive director of the Florida Space Authority. In this capacity he advised Florida’s governor and legislators on all matters related to space and aeronautics within the state of Florida. Scott was also a part time professor of aeronautics at the Florida Institute of Technology in Melbourne, Florida.

From September 2006 to August 2008 he was Vice President and Deputy General Manager of the engineering and science contract group for Jacobs Engineering in Houston, Texas.

Winston Scott’s book, "Reflections From Earth Orbit," was published by Apogee Books, C.G. Publishers in July 2005 and is available from all book stores and on line distribution sources.