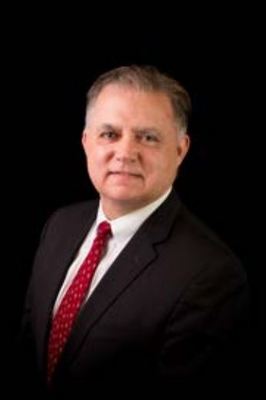 Dr. Bishop is a specialist in the area of systems theory, guidance and control of spacecraft, and navigation and estimation theory with applications across a broad range of aerospace challenges. His research sponsors have included the NASA Jet Propulsion Laboratory, NASA Goddard Space Flight Center, NASA Johnson Space Center, Oerlikon-Contraves of Switzerland, NEC Corporation of Japan, National Instruments, Lockheed Martin, and the Charles Stark Draper Laboratory. His current research interests are in the area of advanced navigation algorithm development with fast-to-flight characteristics, integrated navigation and guidance for planetary precision landing, small satellites and unmanned aerial vehicles, and cybersecurity. Dr. Bishop also worked with the NASA Goddard Space Flight Center developing navigation strategies applicable to spacecraft formation constellations. He initiated several picosatellite projects at UT focusing on autonomous rendezvous and quick access to space and recently delivered his first picosatellite to NASA for launch aboard the Space Shuttle in 2009. Earlier in his career, he supported the NASA Space Shuttle program’s first rendezvous STS-11 and the follow-on STS-13 by providing high-fidelity simulation analyses of the navigation system for verification and astronaut training in the Shuttle Avionics Integration Laboratory at Johnson Space Center and the Rockwell Flight Software Laboratory facility. He performed Shuttle launch window analysis accounting for all abort scenarios during a rendezvous mission. He was a Draper on-site resident at NASA Johnson Space Center supporting the Space Station development project in the early Skunk Works phase where he worked on the development team for the Station momentum management and attitude control system and created the high–fidelity simulation, known as ACES, of the near-Earth environment for Space Station control system analysis. He was selected twice as a Faculty Fellow at the NASA Jet Propulsion Laboratory where he conducted basic research in observability of interplanetary spacecraft utilizing ground-based radiometric measurements. The Boeing Company also selected him as a Welliver Faculty Fellow.

Dr. Bishop co-authors one of the world's leading textbooks in control theory, and has authored two other textbooks, edited two handbooks, and authored/co-authored over one hundred and thirty-five journal and conference papers. His undergraduate textbook Modern Control Systems (co-authored with R. C. Dorf) has been adopted in hundreds of universities worldwide having been translated into eleven foreign languages. His book on graphical programming entitled Learning with LabVIEW was a collaborative effort between the author and National Instruments and is also used worldwide. Dr. Bishop developed the Mechatronics Handbook and the spin-off book Mechatronics: An Introduction. He recently received a NASA Advanced Exploration Systems Innovation Award in “recognition of your outstanding contributions to the Morpheus/ALHAT flight testing which successfully concluded with a night flight on May 28, 2014.” In 2013, he received the AAS Dirk Brouwer Award “to honor significant technical contributions to space flight mechanics and astrodynamics.” He also received the John Leland Atwood Award by the American Society of Engineering Educators and the American Institute of Aeronautics and Astronautics that is given periodically to “a leader who has made lasting and significant contributions to aerospace engineering education.” Dr. Bishop was inducted into the UT Academy of Distinguished Teaching Professors. He is a Fellow of the American Institute of Aeronautics and Astronautics (AIAA) and a Fellow of the American Astronautical Association (AAS). He received his PhD from Rice University in Electrical & Comptuer Engineering and his MS and BS from Texas A&M University in Aerospace Engineering