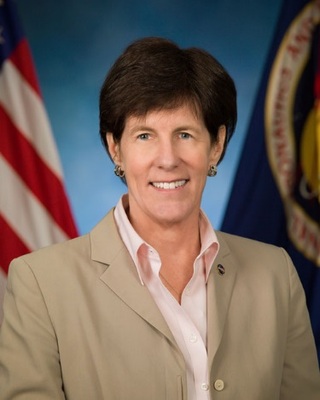 Prior to assuming this position, Ms. Laurini was involved in NASA’s human space exploration effort in other roles. She served as the first Program Manager for the Human Research Program, aligning NASA investments in human health and performance to meeting exploration challenges. She also served as Project Manager for the Altair human lunar lander project, a key element of the Constellation Program. Prior to this, she held leadership positions within the International Space Station Program, including positions within system engineering, payload integration and on-orbit operations management. She served as NASA’s liaison to the European Space Agency from 1993-2002, and during that time she lead the overall integration of the European Automated Transfer Vehicle. She started her career at the Johnson Space Center as a Space Shuttle flight controller.