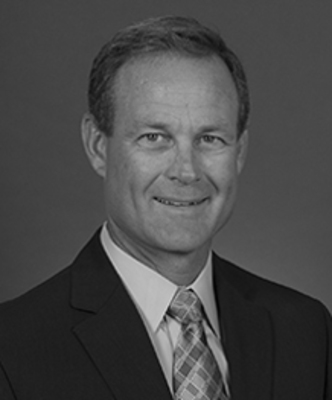 Scott Henderson is the Orbital Launch Site Director for Blue Origin where he is responsible for Blue Origin’s Orbital Launch Site development, activation, and operations for Blue’s orbital launch vehicle systems. Prior to joining Blue, Scott was vice president at Raytheon, responsible for driving program execution across the intelligence and information systems portfolio. Scott also led the launch safety and mission assurance team at Space Explorations Technologies (SpaceX) where he helped launch the first Falcon launch vehicles and Dragon capsules. Scott joined SpaceX in October 2009, after a distinguished career in the United States Air Force where he held a series of significant leadership roles including Commander of the 45th Launch Group where he led the team responsible for assembly, integration, test and launch of all Air Force and national security satellites from Cape Canaveral. He previously commanded the 2nd Space Operations Squadron, with the mission of command and control of the Global Positioning System (GPS) constellation and managed the Milstar satellite communications system for the Air Force Space and Missile System Center.

Scott began his career as a spacecraft engineer charged with test and checkout of national security satellites at Cape Canaveral. He graduated with a bachelor’s degree in astronautical engineering from the United States Air Force Academy in 1985. He holds a master’s degree in engineering management from the Florida Institute of Technology and was a National Defense Fellow at the Massachusetts Institute of Technology in 2005.