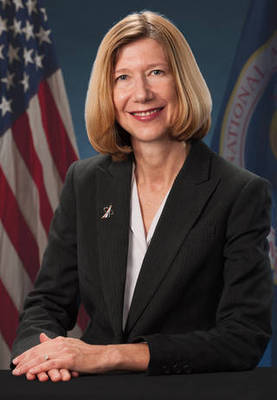 Kathryn Lueders serves as the Program Manager for NASA's Commercial Crew Program. In this role, she aids in the execution of the agency's goals to help private companies develop a new U.S. capability to carry astronauts into low-Earth orbit and eventually take crews to the International Space Station, or ISS. She oversees program facilitation of commercial spacecraft development and certification to enable the safe transportation of NASA astronauts. She performed many aspects of the same role while serving as deputy program manager for the program manager and during a 5-month term as the acting program manager.

The program is based at NASA's Kennedy Space Center in Florida and has staff at several of NASA's other field centers including Johnson Space Center in Houston. Lueders previously served as the ISS Program's Transportation Integration manager. In that post, she managed the commercial cargo resupply services (CRS) to the space station and was responsible for oversight of the international partner vehicles – the European Space Agency's Automated Transfer Vehicle (ATV), the Japanese Space Agency's H-II Transfer Vehicle (HTV), and the Russian Soyuz and Progress spacecraft.

Lueders began her NASA career at the White Sands Test Facility in New Mexico in 1992 where she performed as the Shuttle Orbital Maneuvering System and Reaction Control Systems Depot manager. She moved into the ISS Program and served in multiple positions including the deputy manager for ISS Logistics and Maintenance, the Vehicle Systems Integration manager, and the Commercial Orbital Transportation Services Integration manager.