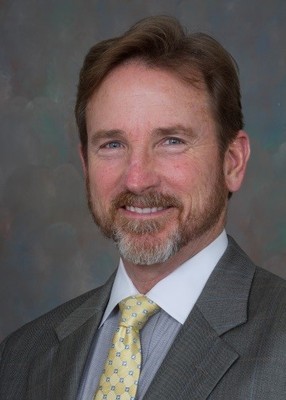 Dale Ketcham currently serves as the Chief of Strategic Alliances for Space Florida. In this role, he utilizes existing and developing networks to advantage the State of Florida as the recognized leader in the civil, commercial and military space marketplace through innovation, collaboration and influence.

His almost 40 years in the space business have included major prime aerospace contractors, 8(a)’, engineering firms, the US Congress, Enterprise Florida and the University of Central Florida.

After receiving his degree in Philosophy at the University of Florida he returned to Cocoa Beach to start his career. It began with a decade at Rockwell International in the Shuttle Program, followed by four years as the District Director for Congressman Jim Bacchus, who represented the Kennedy Space Center area on the Space Subcommittee in the US House of Representatives.

After Federal Government service Ketcham returned to the private sector to become Director of Business Development for AJT & Associates, a private engineering firm doing business with NASA, the Navy and USAF, as well as with airports around the country.

He then served three years as Director of Space and Defense Programs with Enterprise Florida, the state’s economic development agency. At UCF Ketcham was 4 years as the Director of the Spaceport Research and Technology Institute (SRTI) prior to coming on board with Space Florida.