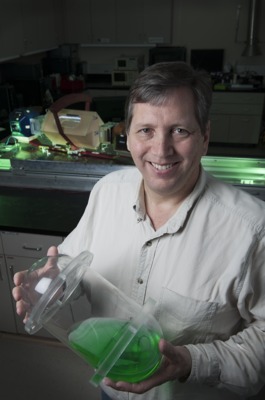 Dr. Paul Schallhorn is the Chief of the Environments and Launch Approval Branch for NASA’s Launch Services Program. Dr. Schallhorn is a recognized expert on methods to improve launch vehicle performance and effectivity. He has two patents on the Generalized Fluid System Simulation Program, with a third patent application in process. He is the author of numerous papers and journal articles.

Dr. Schallhorn has received numerous awards for his work. In 2015, he was awarded the NASA Silver Achievement Medal for the development of the ISS Slosh Dynamics Flight Experiment to increase efficiency and performance of space vehicles and enable safer, more reliable launches. In 2014, he received the NASA Outstanding Leadership Award for initiating and executing advanced technology study activities that are directly improving Expendable Launch Vehicle performance and analysis. He received the 2001 NASA Award for Software of the Year for his work on the Generalized Fluid System Simulation Program.

He holds Bachelor and Master of Science degrees in Aerospace Engineering from the University of Arizona, and a PhD in Mechanical Engineering from the University of Alabama in Huntsville. Prior to joining NASA, Dr. Schallhorn worked for Jacobs Technology (Sverdrup) in Huntsville, Alabama supporting Marshall Space Flight Center and in Edwards, California supporting Armstrong (Dryden) Flight Research Center. During that time he won the Sverdrup Apogee Award for Engineer of the Year.