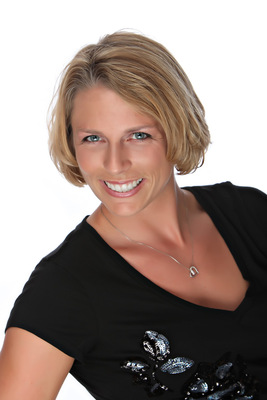 Michelle Lucas was raised in the Chicagoland area and found a passion for space very early in her life. She studied Aerospace Engineering, Communications & Space Studies at Purdue University and Embry Riddle Aeronautical University. During this time she conducted microgravity fluids research on NASA’s KC-135 aircraft and also worked as a counselor at Space Camp in Florida.

After graduation from college, Michelle spent 11 years working at NASA’s Johnson Space Center. She began on the Safety Reliability & Quality Assurance Contract as part of the Payload Safety Review Panel for experiments flying to the International Space Station. After this she worked as a Flight Controller in Mission Control for the International Space Station for the Ops Plan Group and as a Astronaut Technical Instructor in the Daily Operations Group. Additionally she worked with each of the International Partners (European Space Agency – ESA, Japanese Space Agency – JAXA and the Russian Space Agency) in the field of Daily Operations, Flight Controller and Instructor Training. Michelle was responsible for the basic instructional training of all technical instructors for in the US as well as for the ISS International Partners. Michelle was part of the Core NASA Extreme Environment Mission Operations (NEEMO) team for 9 missions where astronauts would carry out analog space missions underwater in the Aquarius habitat.

Along the way, Michelle found she has a passion for exciting the next generation and founded the non-profit Higher Orbits to use space to excite and inspire students about STEM, STEAM, Leadership, Teambuilding and Communication. Higher Orbits flagship program is called Go For Launch! This program allows students work with an astronaut and other accomplished individuals in the fields of Space, STEM and STEAM. Additionally, Michelle and a business partner run uniphi space agency – a talent management company for retired astronauts. Michelle is proud to be a Space Camp Alumni and member of the Space Camp Hall of Fame and believes that collaboration in space and STEM is the key to the stars! Space Inspires!