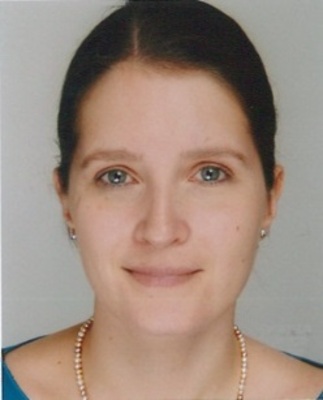 Dr. Sandra Brogl is working as Planning Engineer for Galileo Service Operations for Spaceopal GmbH. She is managing the different Galileo service operations plans on various timescales (long-term, mid-term, and short-term plans) across the different subsystems and control centers of Galileo. On a weekly basis, she is analyzing the received planning inputs, thereby evaluating the feasibility, readiness, resource availability, and conflict resolution of each activity, creating new updated plans and chairing the associated meetings. She works together in the team with the Service Delivery Managers, ensuring continuous service of the Galileo navigation signal to the users.

Before her planning responsibilities, Dr. Sandra Brogl was working temporarily as the Galileo Communication Manager, organizing the companies’ PR and marketing activities all across Europe. During this time she organized contributions of Spaceopal to the Munich Navigation Satellite Summit, Spaceops, publications, and a radio interview as well as the appearance of the Galileo Control Centres in Oberpfaffenhofen, Germany and Fucino, Italy in a movie about Galileo produced by the GNSS Service Agency (GSA).

She worked prior to this as a Bid Engineer for DLR GfR mbH seconded to Spaceopal, on the Training Management of the GSOp Bid. Dr. Brogl was responsible for defining the overall Galileo Service Operations Training plan as well as setting up, implementing and executing the entire Initial Team Training and reporting to the customer.

Before joining Spaceopal, Dr. Brogl already worked in Galileo for several years as a Spacecraft Operations Engineer. Specialized on Payload, TT&C and Data Handling, she was responsible for the In-Orbit-Test (IOT) Campaign of the second Galileo Launch. For this she worked on the planning of the IOT campaign, as well as the creation, validation, and later on also the execution of the procedures.

Prior to this, Dr. Sandra Brogl was working as a Flight Controller and Planner for Germany’s Space Agency (Deutsche Luft- und Raumfahrt – DLR) on the European Columbus Module of the International Space Station. She worked in close cooperation with NASA, JAXA, and the RSA on the planning and procedural interaction of the European payload activities with the other stations subsystems and the astronauts.

Dr. Brogl completed a MS degree in Physics at the Ludwig-Maximilians-University in Munich in the area of solid state physics. She completed her Ph.D. in Space Sciences at the Florida Institute of Technology, where she worked on Space Weather Modeling in cooperation with the NOAA Space Weather Center in Denver, Colorado.

She is very interested in travelling and foreign cultures and additionally to speaking fluently German and English, has good knowledge in Spanish and French, and is currently learning Catalan and Italian. She resides in Munich, Germany, with her husband Sergi and two small daughters.