Colonel Thomas R. Ste. Marie is the is the 45th Space Wing Vice Commander at Patrick Air Force Base, Fla. He is responsible for the processing and launching of U.S. government and commercial satellites from Cape Canaveral Air Force Station, Fla. He serves as a Launch Decision Authority with final approval for launches on the Eastern Range, a 15-million-square-mile area which supports an average of 20 launches per year aboard various launch vehicles. He leads more than 13,000 military, DOD civilian and contractor personnel assigned to operating locations in Florida, Ascension, and Airmen deployed worldwide in support of contingency operations overseas. 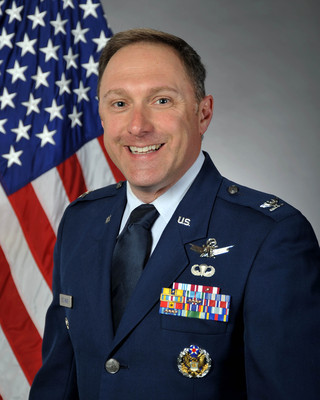