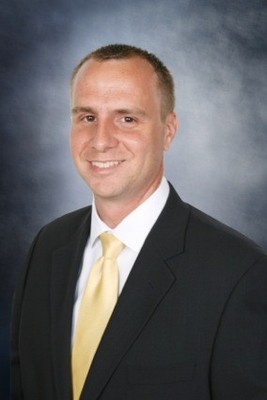 Chris Kokai has been affiliated with Embry-Riddle Aeronautical University for nearly 20 years, graduating in 1999 with a Bachelor’s degree in Aeronautical Science. He has held various positions as an employee of ERAU including Instructor Pilot, Simulator Instructor and Assistant Flight Standards Manager. In 2003, he was tapped to be the Chief Flight Instructor of ERAU’s Commercial Airline Pilot Training (CAPT) program. This was one of the first ab-initio pilot training program of its kind in the United States to successfully place graduates directly into pilot positions at regional airlines. This is now a common training model supported by most major airlines around the world. While at CAPT he also served as the Operations Manager and Executive Director.

Kokai then served as the Head of Training and Deputy Managing Director at the Saudi Aviation Flight Academy (SAFA) in Riyadh, Saudi Arabia. He led a team of dedicated aviation professionals into the uncharted territory of creating a start-up, ab-initio pilot training center at the request of the Royal family. In this role, Kokai obtained invaluable international business development experience and leadership skills while managing political and cultural diversity.

After leaving the Middle East, Chris returned to ERAU where he is currently the Director of Operations and a Project Manager at the Florida NextGen Test Bed (FTB). He is responsible for day-to-day operations of the facility and leads a team that manages the infrastructure and capabilities of the lab, on behalf of the FAA. Kokai has lead multiple FAA projects at the FTB including Aircraft Access to SWIM and most recently Paired Approach.