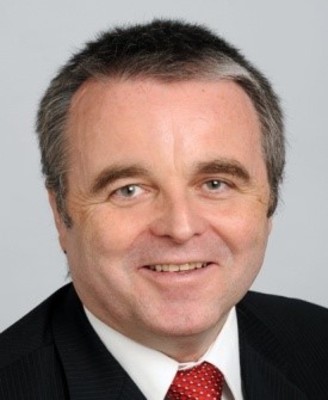 Dr.Juergen Drescherhas been the Head of the DLR Washington, DC Office for the German Aerospace Center since 2004. He is a specialist in Medical Biophysics with specialization in Pathological Physiology and Aviation and Space Medicine.

The DLR Washington Office is a MFGO and works as an interface between NASA HQ and the NASA Centers, NOAA, USGS, AFRL, DARPA, US institutions and other Federal Agencies in the fields of Aerospace, Energy, Transportation and Security research.

The Head of the DLR Washington Office reports to the Chairman of the DLR Executive Board and represents the German Space Agency and the R&D branch of DLR with its 40 German research institutes in the framework of a German FFRDC - Federal Funded Research and Development Center.

Prior to this position Dr. Juergen Drescher has been working extensively on Neuropathophysiology / Human Factors Research at the Medical School of the Humboldt University Berlin - Charite’ Hospital and Aerospace Medicine and Space Physiology at the Institute of Aviation and Space Medicine at DLR Cologne in an international framework. He was actively involved in joint studies with the French space agency CNES and the Russian Cosmonaut Training Center “Juri Gagarin” as part of a program for international cooperation established by DLR. Dr. Drescher was the Principle Investigator on a number of biomedical experiments carried out on German andESAlong term spaceflight mission including the NASA Space Shuttle and RussianMIRspace station experiments. As a Co-Investigator in DLR’s Life Sciences research program he is involved in autonomous function testing and cardiovascular regulation research onboard the International Space Station ISS.

Dr. Drescher has both a Medical Diploma, as well as a Doctoral degree in medicine. He is a member of the International Academy of Astronautics IAA and Academician of the Tsiolkovsky Space Academy, Russia.

Together with the US Space Foundation he founded the US German Aerospace Roundtable UGART to foster the transatlantic bilateral scientific-industrial cooperation between aerospace partner institutions and industry. Since 2014 he is the official Representative of the DLR Executive Board for Commercial Space Flight.