Keynote, General Keys: Sustainability: "... I don't think that word means what you think it means!"

General Ron Keys retired in November 2007 after completing a career of more than forty years. He is a command pilot with more than 4,000 flying hours in fighter aircraft, including more than 300 hours of combat time.

No stranger to energy security challenges, Gen Keys first faced them operationally as a young Air Force Captain, piloting F-4s during the fuel embargo of the 1970s. Later, as Director of Operations for European Command, fuel and logistic supply provisioning were critical decisions during humanitarian, rescue, and combat operations from the Balkans deep into Africa... many driven by floods and famine. As Commander of Allied Air Forces Southern Europe and Commander of the U.S. 16th Air Force, similar hard choices had to be made in operations for Northern Watch in Iraq as well as for combat air patrols and resupply in the Balkans. Later again, as the Director of all Air Force air, space, and cyber operations in the early 2000’s he saw the impact of energy choices on budget execution as well as the emerging threat of climate change on operational tempo, training, and basing. Finally, at Air Combat Command, where he commanded then the Air Force’s largest command -- comprised of 1,200 aircraft, 27 wings, 17 bases and 105,000 personnel in 200 operating locations worldwide, he faced the total challenge of organizing, training, and equipping in the face of energy challenges and potential climate impacts.

General Keys resides in Woodbridge, Virginia and owns RK Solution Enterprises, LLC, an independent consultancy advising various DoD and Non-DoD related firms on energy security and climate change, cyber, advanced technologies and weapons, strategic planning, policy development, and marketing. In his pro bono work, he is Chairman of the CNA Military Advisory Board on Energy Security and Climate Change, a member of the Center for Climate and Security Advisory Board, a member of The International Military Council on Climate and Security (IMCCS), and a member of The Council on Strategic Risks (CSR). General Keys is also a member of the ERAU Board of Trustees. 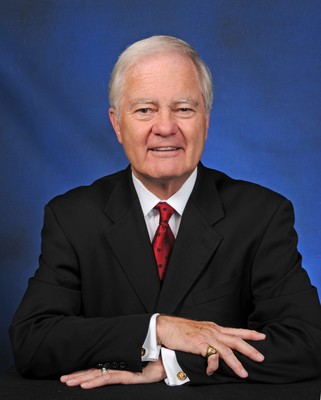 Keynote, General Keys: Sustainability: "... I don't think that word means what you think it means!"