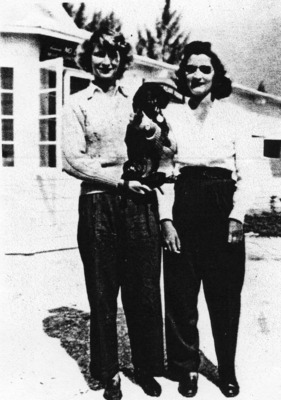 The Women Who Taught the Military to Fly

At the beginning of WWII, the U.S. Army Air Corps contracted with Embry-Riddle and other private aviation schools to train cadets to fly. The British Royal Air Force (RAF) also contracted with Embry-Riddle to teach their pilots to fly. Operating from several airfields in south Florida, including Carlstrom in Arcadia, Riddle Field in Clewiston, and the Seaplane Base in Miami, Embry-Riddle flight instructors trained many of the British and American pilots who served in WWII.